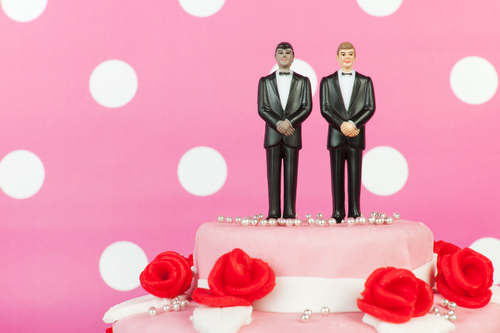 Artists should recoil at the thought of any outside body of people deciding what is and is not “offensive,” whether that body be a government, union, guild, co-operative, or even a less formal association. It always seems like a good idea to stand with a group when your personal mores align with some zeitgeist manifest with that group. But how long do you expect that to last?

How many artists, whether painting the ceiling of a chapel or dancing naked, have been deemed offensive at some point in their careers? Remember, it’s not whether a group of people has correctly identified something as hateful or otherwise offensive; it’s that the group is taking that extra step of stating to all individuals, everywhere, “Don’t worry about using these words, regardless of context. We’ve done your thinking for you: these words CANNOT be said, while you are COMPELLED to say these other words upon proper request.” This is bad.

As such, the most important case of 2018 for artists was Masterpiece Cakeshop, Ltd. v. Colorado Civil Rights Commission et al..

For quick background, over the years leading up to the Supreme Court’s decision, Colorado found that cakeshops refusing work with ANTI-gay messages were acting within their rights while Masterpiece’s refusal to take work with PRO-gay messaging was deemed in violation of civil rights law. The state justified this discrepancy by asserting that anti-gay messages are offensive, but pro-gay messages are not.

All seems fine, as most of my readers would agree with Colorado: anti-gay messages are homophobic bullshit and we want no part of them; pro-gay messages align with our own values, whether it be an activist or live-and-let-live perspective. But that’s not what was going on here. What happened in Colorado was two-fold: (1) artists can refuse work ONLY if it contains messages sanctioned by the government as “offensive,” regardless of context, and (2) artists ARE COMPELLED to perform work if it contains messages deemed by the government as “non-offensive,” again, divorced from context. This was a central principle of Giovanni Gentile’s philosophy, made famous at the beginning of last century: The body knows what is good for it; the desires of the cell are subordinate to the wisdom of the body. This is bad.

There was some question as to whether Masterpiece refused the message (a First Amendment issue) or refused the patron (a civil rights issue). But the facts on record showed Masterpiece’s willingness to sell any cake to any person of any sexual-orientation, as well as its refusal to create cakes with pro-gay messages even when the potential customers were heterosexual. Therefore, this was not a civil rights issue. Furthermore, the Supreme Court cited precedent that established the creation of customized cakes as expressive, making this a First Amendment issue. As a First Amendment issue, Masterpiece not only has a right to express offensive notions but, more significantly here, Masterpiece cannot be COMPELLED to say anything, offensive or not.

I do a lot of work in the theater industry, which is intensely progressive. Even there, I’ve heard one of the top dramatists in the world say, “If the Koch brothers were funding a commission, then I’d want to know.” But what if they had no control over the content and you could write whatever you want? “I still wouldn’t take the work,” he said. This artist would want to refuse work based on the patron, not the message. As an individual, this is his right under the First Amendment principles of freedom of speech as well as freedom of association. But for how long?

More than one theater attorney has told me that this is a really tough time for playwrights. One of them stated, “I have clients who aren’t writing certain plays simply because they don’t want the flak.” This is bad. Not only is the government prohibited from censoring or compelling expression, but the government’s job is to protect people in exercising their First Amendment rights. It’s beginning to look like the government is abrogating that latter responsibility, allowing administrative bodies, and even informal crowds or random unknown people, to determine who has a voice and what that voice can’t or must say.

I encourage all of my artist clients to be vigilant in pursuing their individual path of self-expression, whether it be political, economic, spiritual, philosophical . . . whatever. 99.9% of life has nothing to do with politics; the creative path, throughout human history, has been intensely spiritual. Please don’t hesitate to contact me should any person or group pressure you to relinquish your First Amendment rights in any manner.